Plans change during traveling. We learned the ‘hard’ way when we arrived in Pokhara. The original plan was to stay in Pokhara for two nights before starting trekking with Valerie and Govinda in a more remote part of the Annapurna mountain range. Unfortunately, Valerie was not recovered from her illness, and that’s putting it mildly…

After a few days, she decided to go to the hospital to get a check-up and maybe some medicine… Little did we know she had to stay there for two nights because the number of white blood cells in her body was too low, which means you can catch about any disease you come into contact with. This situation did put us into a dilemma. Govinda has his own trekking company (By Mountain People), and is supposed to be our guide. But he cannot leave Valeries’ side and leaving her also feels kinda stupid to us…

Although Pokhara gives us plenty of entertainment and Govinda arranged a very nice hotel for us to stay in, we really want to head towards the mountains. But it was clear Valerie wasn’t going to do the trek we had originally planned; which is a mostly off-the-beaten-track trekking with steep ascents and descents. Because we’ll stay in the area for a while, we could do that trekking later with another By Mountain People-guide. So we settled on staying in Pokhara for a few days until Valerie feels better and is given the green light by the hospital to go on trekking. Because we already got (and therefore paid) our permits to go into the Annapurna Conservation Area, Govinda made us a new route that would include going into the ACAP area. When getting the permit you have to give them your trekking dates and the permit isn’t valid outside that date range. So, unfortunately, we couldn’t keep it for the bigger trekking.

Let’s go into the mountains!

A week later Valerie was given the OK to go to the mountains, so we were finally going to do some hiking! Govinda arranged a taxi to come to pick us up at our hotel and drop us at the starting point of our trek. During our trekking, we planned to stay around 2500 meters and seeing lots of local life, villages, and farming. We especially liked visiting Dhampus, one of the most beautiful mountain villages in Nepal with a lot of traditional houses and a gorgeous mountain view, if the weather is clear, that is… Which we didn’t experience, unfortunately. But the village itself still was very charming.

But after just two days of hiking, things were going so smooth, we made a joint decision to try and get to Mardi Himal high camp (around 3600 meters)! Especially Juul was very excited about going to a higher altitude and walking in the snow! Mardi Himal is a fairly well-known track, but because it was still mid-February, the tracks weren’t as busy and there was plenty of room in the teahouses. But trekking before the season, also comes with a downside: the temperatures are lower, which means more snow and very cold nights (I guess the snow wasn’t really a downside for Juul anyway).

Happy to finally be hiking!

Accommodations along the trail

During trekking, you sleep in teahouses, which are simple accommodations that also provide dinner and breakfast. The rooms are simple, but on trekking, we don’t need much. Sometimes you have to pay for electricity and wifi (which often doesn’t really work anyway…). There’s also a common room where everybody eats their meals, plays games or just stays warm by the fire. The common room often has a big wood burner to keep the room nice and warm in the evening. But as wood is scarce, they only light it around 4/5 pm to save wood. If you’re in the teahouses before that, better make sure you have a decent down jacket with you. We actually decided to buy them last minute before we left the Netherlands, and during this trek, we were so happy we did!

You can buy your down jacket online or if you’re already in Nepal you can buy a fake one in one of the many trekking shops. Prices in Kathmandu are often lower than in Pokhara. We can highly recommend Goreto Gear in Thamel, Kathmandu. We bought our down sleeping bags in this shop and the quality is awesome!

On the way to Low camp (around 3000 meters), the first snow started to appear and it got a bit more tricky to walk. Some parts of the track were really steep, but slippery too! Juul doesn’t care too much about that, where I tend to struggle a bit more in situations like this. Which resulted in me feeling kind of sick when we got to our sleeping place for that night ( known as Cloudy hill or mid-camp). There were some symptoms of altitude sickness, so Govinda gave me some garlic soup (yuk!) and told us it would be wise to go to the viewpoint (about 50 meters higher) and acclimatize a bit. By doing this, your body will feel better at the lower altitude where you’ll be sleeping.

It had been cloudy all day, but when we arrived at the viewpoint, we were treated on a gorgeous sunset with great views on multiple 8000+ mountains and the iconic (and holy) Machapuchhre (also known as Mt. Fishtail, due to its shape).

Unfortunately, I didn’t feel better the next morning. In fact, I felt like I hadn’t slept for one minute that night and I was still feeling sick. The evening before, I already decided I wouldn’t go higher but Juul still wanted to go. So he and Govinda wanted to hike up to high camp, leaving me and Valerie in mid-camp before descending down afterward. But as my symptoms were getting worse, Govinda decided I should go down as fast as possible. Which meant a great disappointment for Juul, who was looking forward to a challenge. Of course, his worries for me were trumped that, and the four of us descended all the way to Sidhing (around 1750 meters). In Sidhing, a jeep was waiting to drive us back to Pokhara. And I can tell you, a jeep was definitely necessary on these roads. We bounced along for about four hours until we reached Pokhara again. Where a very welcome shower and soft bed awaited us. And even though we only were on trekking for a few days, those ‘luxuries’ felt so good!

After trekking, we only had a few days with Govinda and Valerie left, before they would return back home to the Netherlands. Such a strange feeling to stay behind in a country they know so well! But I am sure we will manage and in a way, we feel like our journey is really starting now 🙂

Curious about how our world trip started? Check out our first travel diary.

Disclaimer: This article contains affiliate links. That means that we receive a small fee if you purchase something through these links. No worries, you pay no extra money for this! 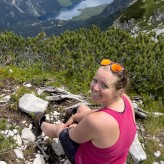 Taxi in Kathmandu: these are fair prices from Thamel to all the sights